It’s a tale of two cities when it comes to work-life balance. Tokyo continues to struggle with a dangerous culture of self-sacrifice through “overwork”, while in Paris, lawmakers have recently enshrined French workers’ “right to disconnect”.

It’s 10.00pm. The kids are asleep, you’ve tidied the kitchen and you’re considering whether to fire up Netflix or turn in for a relatively early night. Your phone gives a soft “ding” and you reach for it, wondering which of your colleagues is emailing you at this hour.

Put. The Phone. Down.

2017 may be the year that we see the turning point in the fight against the “always-on” work culture, which has rapidly eroded the border between work and private lives. Unpaid overtime has surged as businesses increasingly judge employees by their availability, while employees themselves fall into the trap of “just checking one more email” in the evenings. Hyper-connectivity has led to increased levels of stress, sleeplessness, relationship problems, and, in places where the culture has reached an extreme level – death.

Yes, death. If you’re concerned about where the always-on work culture might be heading, there’s no need to imagine a dystopian future where employees work until they drop dead from exhaustion. The situation already exists in Japan, where the notoriously gruelling work culture has given rise to a phenomenon called karoshi, or “work-death”. As much as 21% of the workforce puts in more than 49 hours a week, while compensation claims from families whose loved ones have literally worked themselves to death peaked at over 2300 cases last year.

You won’t find 12-hour work-days on any contract of employment or job description, yet the culture of unpaid overtime (or “service” overtime) is so firmly entrenched in Japan that it may as well be a part of scheduled working hours. Overtime is unforced, yet workers feel it’s compulsory due to managerial and peer pressure. The results are devastating, and it’s not just elderly members of the workforce who are dying. Alarmingly, employees in their 20s suffering from heart attacks, strokes, and suicide triggered by karoshi.

Overwork culture exists in every profession, from manual labour to office work. Joey Tocnang, a 27-year old trainee from the Philippines employed as a steel-cutter in a Japanese factory, was working between 78 and 122 hours of overtime a month before he died of heart failure at his firm’s dormitory in 2014. Matsuri Takahashi, a 24-year-old employee of the advertising giant Dentsu, was driven to commit suicide in 2015 due to stress brought on by long working hours. She regularly worked over 100 hours of overtime per month in the firm’s internet advertising division, and had even posted calls for help such as ‘I want to die” on social media.

According to a government whitepaper, 22.7% of Japanese companies polled between December 2015 and January 2016 said some of their employees logged more than 80 hours of overtime each month – the official threshold at which the prospect of death from work becomes serious. Karoshi has its roots in Japan’s massive rebuilding efforts after the devastation of WWII, and gained traction in the economic booms of the 1970s and 80s. 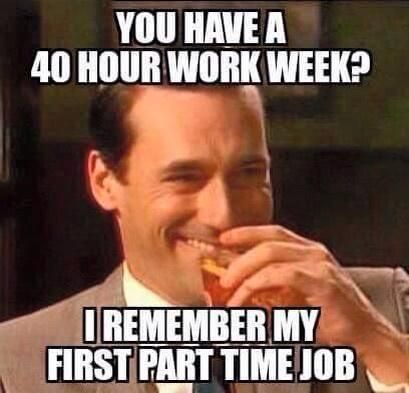 There is hope of change, though. Posters are going up on the walls of workplaces all over Japan as part of the government’s efforts to reign in the culture of self-sacrifice. A new generation of professionals called “Freeters” are breaking the cycle by demanding to be paid casual rates (by the hour only) rather than salaries. But the real solution may lie in France.

The right to disconnect

From January this year, French companies with over 50 workers are required to guarantee the right of their employees to ignore their smartphones after hours. The laws were passed after increasing pressure from France’s trade unions compelled the Labour Ministry to defend the country’s highly protected workplace laws and 35-hour working week.

The law applies to the company, not the individual, which means that compulsive email-checkers can work all hours if they’d like to, but cannot be pressured by their organisations into doing so. Businesses now need to enter into negotiations with their employees to define their rights around switching off, and must publish a charter that explicitly sets out the demands on employees out-of-hours.

Some French companies, including French insurer Axa, have taken proactive measures to limit out-of-hours communication and reduce burnout among works, including cutting email messaging in the evening and weekends, and even destroying emails that are sent to employees while they are on holiday.

The comparison between Paris and Tokyo is not strictly equal, as you cannot fairly compare someone checking emails in their pyjamas with a steel-worker putting in dangerous amounts of overtime in a factory, but it is useful to highlight extreme examples, such as Japan, to help combat the creeping culture of unpaid overtime.

Smartphones are, of course, a double-edged sword in that they can potentially offer enormous work-life balance benefits. A working parent, for example, could leave the office two hours early to pick their kids up, making up the time later that evening. But flexibility arrangements usually still come within the paid work-day and do not pressure employees to “gift” unpaid overtime to their businesses.

What can I do?

In other news this week in procurement: